TAKE CONTROL OF YOUR FUTURE

Join the 22,387,867 readers who have discovered the most widely read and influential system to help you enjoy life and reach your true potential.

Most people go through life hindered by anxieties, worries, self-doubts and unwanted habits—characteristics we've come to accept as “normal.” But what if none of these things are actually a part of us? What if these harmful thoughts and behaviors are caused by a hidden part of the mind, one which causes us to think and act irrationally?

A New Science of the Mind

In 1950, L. Ron Hubbard wrote Dianetics: The Modern Science of Mental Health, a comprehensive work detailing his discoveries and techniques and the first and only definitive manual of the mind.

The term Dianetics is derived from the Greek words dia which means “through” and nous which means “mind or soul.” It’s a methodology to resolve the problems of the mind.

In 160 nations, people are using the breakthrough Dianetics technology to make dramatic, permanent improvements in their lives—leading to:

L. Ron Hubbard unlocked the mechanics of the mind and so discovered the reactive mind—the hidden force that holds us back with doubts and painful emotions.

Dianetics describes in full detail the only technique that exists to locate the hidden traps set by the reactive mind and rid yourself of its unwanted, negative influence over your life.

Today, science has validated what every Dianeticist knew in 1950:

Dianetics Around the World

Dianetics is the original mental health phenomenon that inspired the entire self-help movement. It has been positively and permanently transforming millions of lives for over six decades. Over 22 million copies have been sold in 160 countries and it has been translated into 50 languages. But it’s much more than a book, it’s an entire system that you can apply instantly.

With this Dianetics package, you’ll get everything you need to begin your adventure of Dianetics, right in your own home.

This kit provides step-by-step instructions and is the perfect way to learn at home at your own pace.

Here’s everything included with this Dianetics package:

This explosive #1 New York Times bestseller contains all of the advanced techniques you need to apply Dianetics. Learn the procedure step-by-step and find out how your mind works and how to make it work for you.

Instructional film: How to Use Dianetics

A concept-by-concept presentation of the book Dianetics: The Modern Science of Mental Health, this film constitutes a visual guide to the human mind. Containing all the discoveries and procedures laid out step-by-step for total understanding, it allows you to immediately start applying the technology of Dianetics.

Guidance from a Trained Dianetics Specialist

As you progress through Dianetics, you will receive guidance from a trained Dianetics specialist—helping you to start getting rid of the hidden painful experiences and negative emotions holding you back.

Get Started With Dianetics Today

Satisfaction Guarantee: If you are not 100% satisfied with your purchase for any reason, just send it back within 30 days of original purchase for a full refund.

How Your Mind Affects Your Life

1
Some of your experiences are recorded in a different part of your mind—a part that does not think rationally and cannot make sane decisions.
2
This is called the reactive mind because it controls you and influences your decisions without you even knowing it.
3
The reactive mind produces harmful and inhibiting emotions, sensations and behaviors that are not based in reality.

With Dianetics you can learn to control your reactive mind—freeing you to live an extraordinary life and be your true self.

Here are some of the key points you’ll learn with Dianetics:

Discover and Ignite Your True Potential with Dianetics 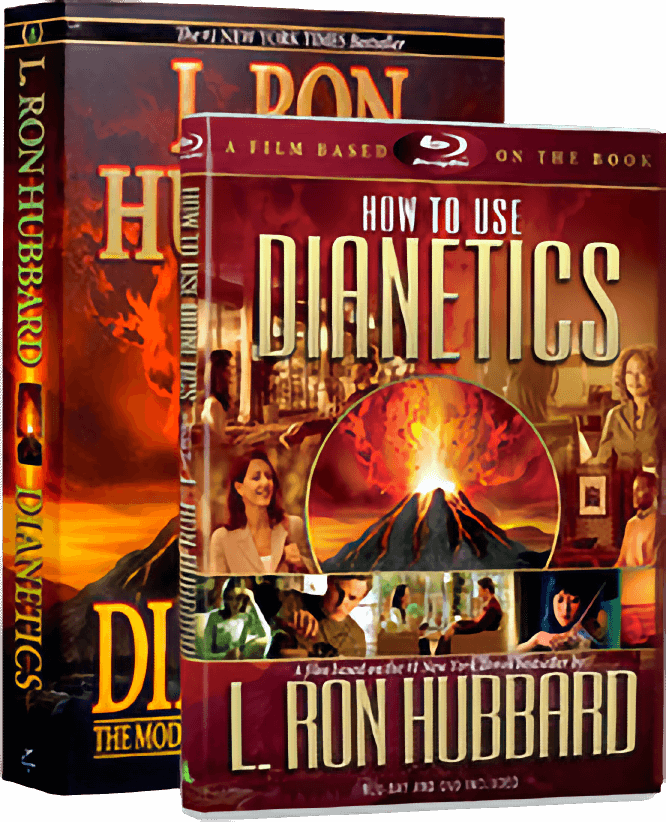 HOW TO USE DIANETICS

Blu-ray and DVD set
Containing all the discoveries and procedures laid out step-by-step for total understanding, it allows you to immediately start applying the technology of Dianetics.
REGULAR PRICE   $2500

GUIDANCE FROM A DIANETICS SPECIALIST

Receive guidance from a trained Dianetics specialist—helping you to gain an in-depth understanding of Dianetics.
Included with purchase
41
US cities celebrating Dianetics Month
Including: New York City, Washington DC, Los Angeles, Boston and Atlanta
L. Ron Hubbard named one of the 100 Most Significant Americans of All Time. 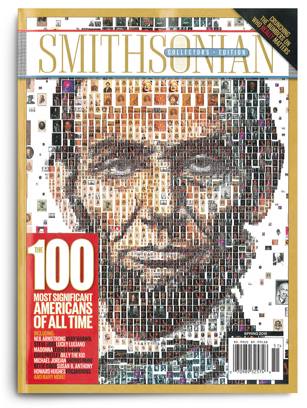 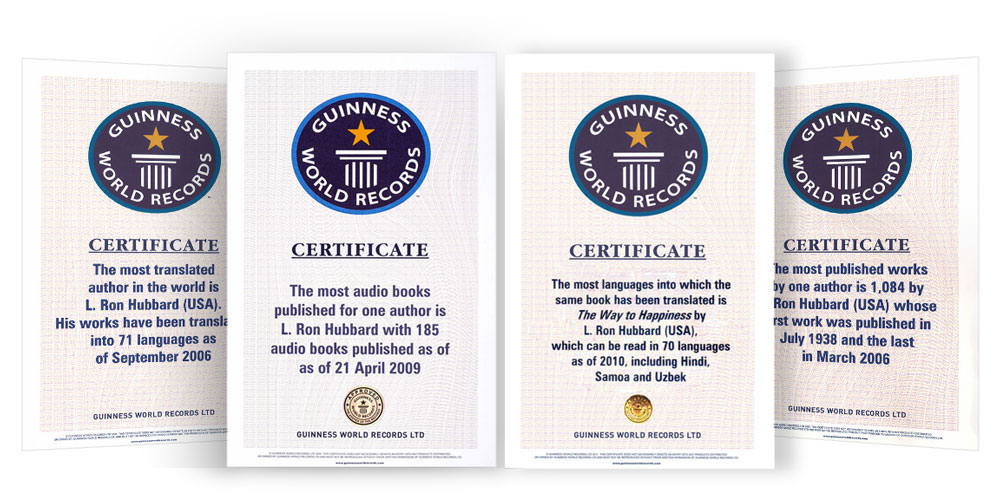 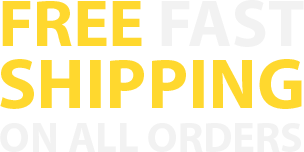 Here’s What More Dianetics Practitioners Have to Say…

You can discover the life-changing results of Dianetics. No matter the distance, the schedule or the language, you can learn, use and experience the powerful techniques of Dianetics.

Ready for an Extraordinary Life? You’re Ready for Dianetics.
Get Started Now

The Story of Dianetics and L. Ron Hubbard

Author, humanitarian and founder of Dianetics and Scientology, L. Ron Hubbard is one of the most acclaimed figures of the modern age.

As his father was a United States naval officer, young L. Ron Hubbard was afforded a rather rare opportunity to travel more than a quarter of a million miles—through India, China, Japan and the Philippines.

It was during this time that another American naval officer who had studied under Sigmund Freud introduced L. Ron Hubbard to the theories of psychoanalysis. Although left with many unanswered questions, here was the moment when his enduring interest in unraveling the mysteries of the human mind was born.

Shortly after his return to the United States in 1929, he entered George Washington University as an engineering student. It was a rigorous curriculum of scientific methodology—the very tools he needed to examine human thinking with unerring accuracy.

By May 1950, having developed a workable technology of the mind, he authored a definitive text on the subject—a work detailing all the underlying theory, discoveries and techniques. That book was Dianetics: the Modern Science of Mental Health, which sparked a storm of popular enthusiasm and immediately hit the New York Times Bestseller list for 26 consecutive weeks.

Over the next 35 years, L. Ron Hubbard would become the most published and translated author of all time.

To date, more than 250 million copies of his works are in circulation worldwide, in 71 languages. All told, those works comprise over 3,000 recorded lectures and some 5,000 writings, including nineteen New York Times best sellers.

I like to help others and count it as my greatest pleasure in life to see a person free himself of the shadows which darken his days.

These shadows look so thick to him and weigh him down so that when he finds they are shadows and that he can see through them, walk through them and be again in the sun, he is enormously delighted. And I am afraid I am just as delighted as he is.

Today, the Church of Scientology sponsors global social betterment, educational and humanitarian programs in the name of morality, literacy, drug prevention and rehabilitation—volunteering 28.1 million hours to communities each year. All of this began with L. Ron Hubbard’s discoveries in Dianetics.

L. Ron Hubbard’s acclaim as an author, philosopher and humanitarian is evidenced by the thousands of awards and proclamations conferred upon him—as can be seen below:

In evidence of the popularity of Dianetics is the Publishers Weekly Century Award, bestowed upon L. Ron Hubbard as: “Author of the number one bestselling self-help book of all time. In commemoration of the appearance of Dianetics: The Modern Science of Mental Health on Publishers Weekly bestseller list for 100 weeks.”

In November 1923, L. Ron Hubbard encountered United States Naval Commander Joseph C. Thompson, recently returned from Vienna and a study of psychoanalysis under Sigmund Freud. For some months thereafter, Thompson walked the twelve-year-old Ron through an informal course of psychoanalytic theory. Although Ron never embraced psychoanalysis entirely, what amounted to a model of the human mind proved unforgettable.

Lieutenant L. Ron Hubbard commanded warships in both the Atlantic and Pacific. He was highly decorated for duties under fire, and ended his service in a military hospital for wounds suffered in combat. But that’s also where he embarked on his final road of discovery.

Working with injured servicemen who had failed to recover despite intensive medical care, he began employing all he had learned through the previous decades—spiritual principles from the East, as well as scientific methodologies from the West. What he then discovered were mental factors inhibiting recovery and preventing medicines from taking effect. And when in fact those mental blocks were addressed, the medicine began to work and patients swiftly returned to health.

In late 1949, the first formally published announcement of Dianetics appeared in The Explorers Journal—the official publication of The Explorer’s Club.

Following this, he authored Dianetics: The Evolution of a Science for a popular national magazine.

On May 9th, 1950, Dianetics: The Modern Science of Mental Health was released and soon hit the New York Times bestseller list. It remained on that list for twenty-six consecutive weeks and inspired what newspapers described as the fastest-growing movement in America.

To both advance the subject technically and meet demands for formal instruction, the first Hubbard Dianetic Research Foundation was formed in Elizabeth, New Jersey. Sister organizations soon followed in New York, Chicago and Los Angeles. By the end of December, L. Ron Hubbard had delivered more than 140 lectures, including a now-legendary address to an audience of six thousand in Los Angeles.

L. Ron Hubbard never considered Dianetics an end to his research, but rather a stepping stone to the discovery and isolation of that long-elusive life source.

With Dianetics and Scientology, a core principle is that when you have the tools to improve conditions around you, you have a responsibility to use them to help others improve their lives as well.

Bridge Publications is an award-winning facility at the cutting-edge of technology. 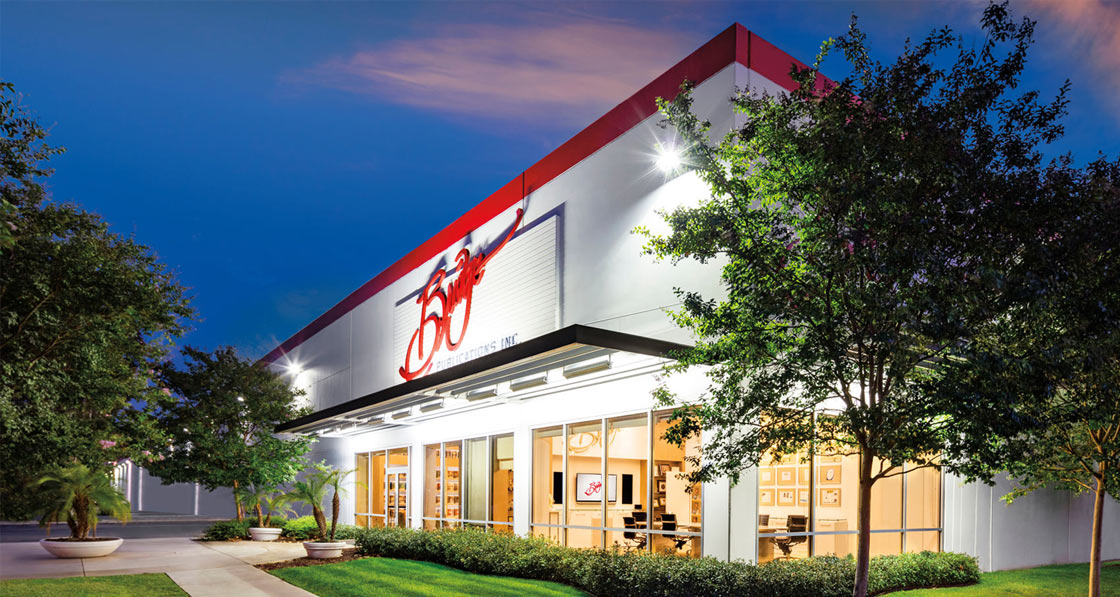 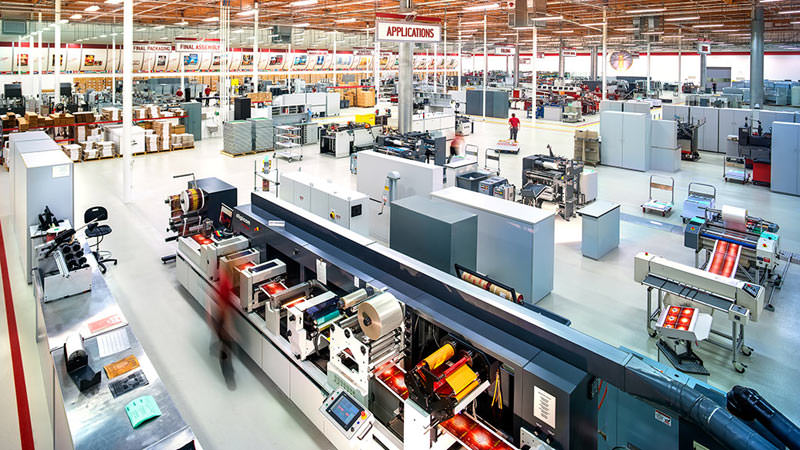 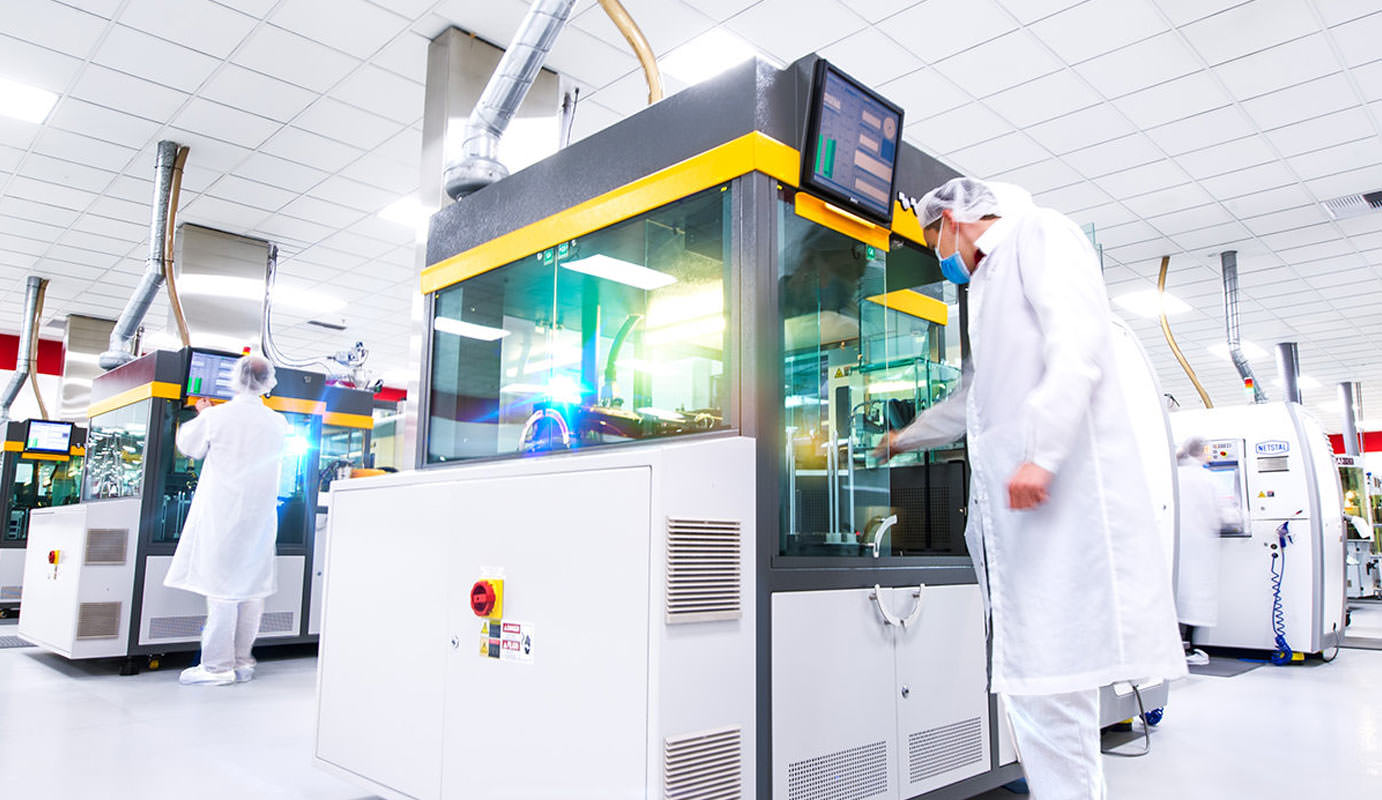 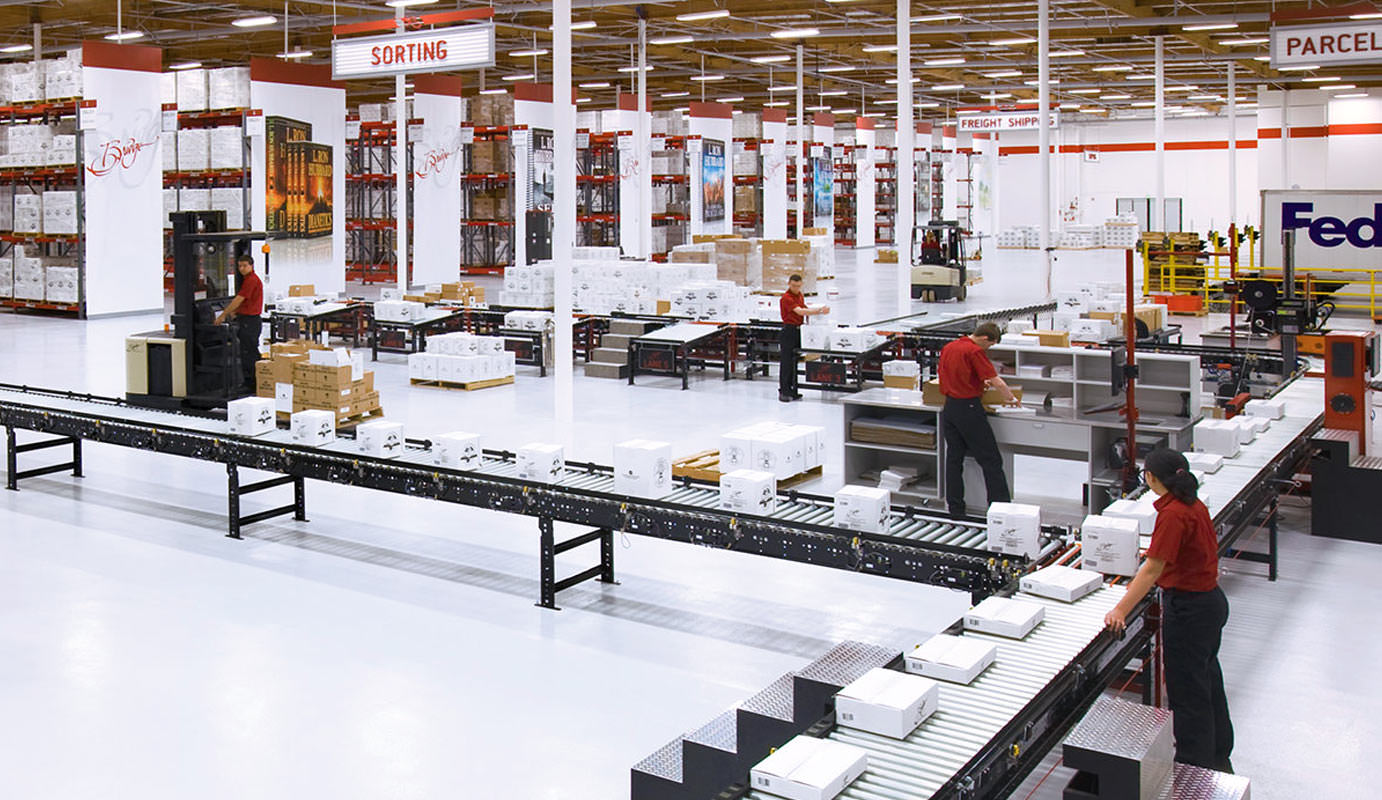 In order to meet the growing demand throughout the United States for more titles, the first publishing organization was established in 1951 that was devoted exclusively to L. Ron Hubbard's works.

The publishing company started in Wichita, Kansas, but expanded to Phoenix, Arizona as L. Ron Hubbard moved his office. A few years later, in 1955, Distribution Center Inc. was founded in Maryland, which was in close proximity to the Founding Church of Scientology in Washington, DC.

In 1971, to streamline publishing operations once more, L. Ron Hubbard established Publications Organization United States on Temple Street in downtown Los Angeles. After outgrowing that facility within five years, the operation moved to Catalina Street in Hollywood. Moreover, to better reflect their scope and mission, in 1981 the organization was reincorporated as Bridge Publications, Inc.

In 1988, expansion again prompted Bridge Publications to relocate, this time to nearby Fountain Avenue (where the administrative offices remained until mid-2009). In 1991, the manufacturing and distribution divisions moved to Bandini Boulevard in Commerce, California. It was at the Bandini facility, in 2003, that Bridge Publications installed its first digital press. Then in 2006, the one-room print shop expanded into a full-scale digital book manufacturing plant.

In June 2009, following the recovery and restoration of L. Ron Hubbard’s written works and recorded lectures, and to once again meet the ever-growing demand, Bridge Publications brought all functions together in one location: a 276,000-square-foot state-of-the-art facility on Olympic Boulevard in Los Angeles.

Get Started With Dianetics Today

Satisfaction Guarantee: If you are not 100% satisfied with your purchase for any reason, just send it back within 30 days of original purchase for a full refund.